Always Learning: What Do You Call a …?

Comments Off on Always Learning: What Do You Call a …?

I thought that groups of animal and/or object names had a specific rhythm and form to them, like a “gaggle of geese”. Not always the case, to my surprise.

Harlee, my amazing Standard Poodle, deals daily with several major disturbances in her life. When she barks at any of them, she’s sent to her “place” until she stops barking. Totally unfair, but she goes nuts otherwise.

I looked up the real names for these critters, but think, to her, this describes it better: 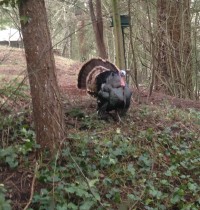 — A Trauma of Turkeys (wild, who wander by her window several times a day, tromp through territory she considers to belong to her and her pack)
— A Sh*t-load of Squirrels (who torment her repeatedly, run up and down the deck railing, moon her when she looks at them, and otherwise create chaos for her. )
— A Damage of Deer (who eat “her ivy”; property of our next door neighbor, but which she’s very possessive towards) 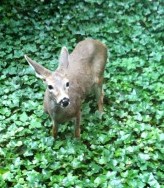 — a Cacophony of Cats (perhaps the most dreaded enemy, and not just because I’m highly allergic to them.)

These are my names for them.  A Rafter of Turkeys, a Herd of Deer — boring. However, a glaring or clutter or nuisance of cats is so right on.

Here’s a science lesson, in poetic form, to teach you some of the true names:

The Grand Scheme of Things

Otters Romp
by Squadron of Pelicans
and Penguins Huddle Proud

Unkind, Conspiratorial Ravens
watch Sharks Shiver, while
Swans of the lake, do Ballet

Rattlesnakes Rhumba
while Cobras Quiver
and Moles Labor and Mumble

Note: I took great poetic liberty with some of these, but used the following sources for inspiration:

A Few Poems from November 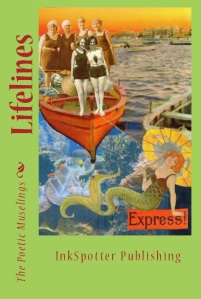